The Land of Arlon also offers a number of waymarked cycle rides ranging from 10 to 65 km in the villages and the surrounding countryside. Or you can explore the Gallor routes, following the path of the old Roman roads. All our rides are available on Cirkwi or at reception.
16 results
Select background map

From the centre of Arlon until Clairefontaine.
Clairefontaine is a hamlet which includes an important archeological site: the Cistercian Abbey ((1247-1794). This is the only medieval European abbey whose foundations have not been altered through the ages. Open all year, free entry.

Discover the ancient Roman roads and places dedicated to this period.

This pleasant ride crosses the landscape formed by the first Lorraine, is noted for its sloping plateaux called “cuestas”.

In the valley of the River Attert, we are following a course between the Forêt d’Anlier and the famous cuestas of Belgian Lorraine. From the village of Attert, on the right, we can see the meanders of the river as it threads through the valley.
They lead us to Grendel, another characteristic village, with its water meadows to the east that have become a nature reserve. The circuit leap-frogs the contours: the hills and valleys extend west and east, alternating soft rock with hard.
This “Route de la Cuesta” also shows us the gamut of local heritage: wash houses, drinking troughs, fountains, roadside shrines – all play their part in the distinctive identity of the region. We come to Tontelange, at the eastern edge of Lorraine, with typical linked houses lining the road.
We now skirt the Côte Rouge quarry to reach Metzert, at the foot of the cuesta. In the final kilometres we pass through Nobressart, a member of the “Plus Beaux Villages de Wallonie” scheme.

Trees that are exceptional by their age, size, shape, past or legend are called Remarkable Trees. These woods represent a natural and cultural heritage that must be preserved. This tour of the remarkable trees of the Attert valley is designed to help you discover them. In 2015 it received the "Tourism & Innovation" prize awarded by the Province of Luxembourg.

This 41 km circuit will allow you to discover 28 of the 60 remarkable trees listed in the Attert Valley Natural Park but also the 14 main villages of the municipality of Attert. 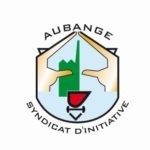